You are here: Home1 / Blog2 / Guides3 / Garnet Jewellery For January: Birthstone Of The Month

Contrary to popular belief garnet is the name for a group of silicate minerals and not a single gemstone. All garnets have similar properties, however are not identical. The most commonly used and recognised garnets are its red varieties, most often pyrope. Garnets themselves come in almost any colour however red is most widespread and blue is the rarest. Garnets have a glass-like or amber-like luster.

The red varieties of the group are where its name is derived from, “gernet” meaning dark red. Garnets have been used for decorations and as abrasives since antiquity. Many ancient Europeans, from Anglo-Saxons to Romans, valued the stone for its deep rich colour. Over the centuries the gemstones remained popular and saw widespread use in Victorian era jewellery.

Pyrope and almandine, the most wide-spread garnets, were said to counter melancholy. In Greek mythology garnets are seen as the stones of love, as they are associated with pomegranates. Travellers and friends used to exchange garnets or garnet jewellery to ensure they meet again soon, as the stone is associated with quick return. The stones are also said to aid with self-esteem, loyalty, true friendship and passion. Garnets are the gemstones for 2nd and 19th wedding anniversaries, making them fantastic presents. 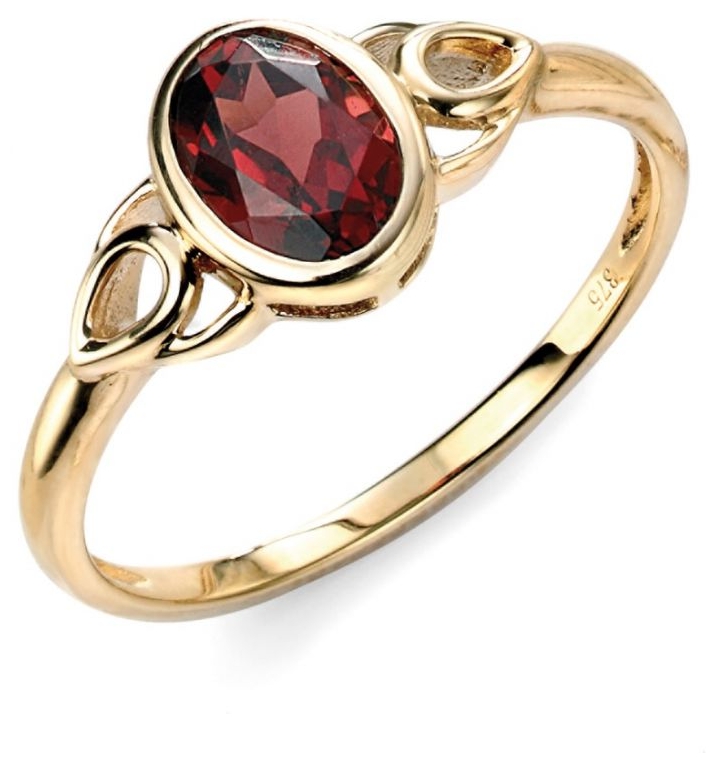 Show your friends or partner how much they mean to you by dazzling them with this gorgeous Elements Gold ring. The ring’s band is made of 9 karat yellow gold. A simple design is featured on either side of the garnet in the middle. The stone’s oval cut is perfect for people with shorter fingers or smaller hands as it will help elongate their silhouette. 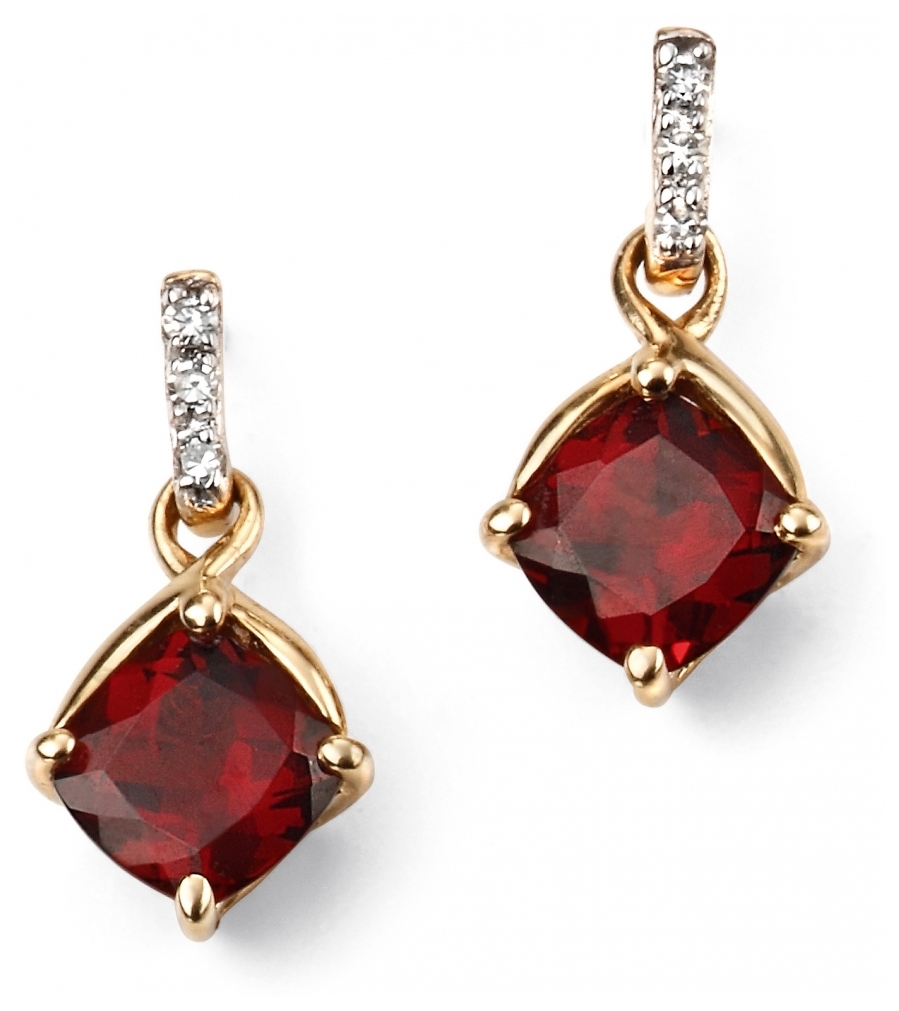 If you’re after something more elegant, we suggest this pair of stunning drop earrings. Made of 9 karat yellow gold two cushion cut garnets hang from the diamond set studs. These earrings are sophisticated and ideal accessories for more formal high-end events. 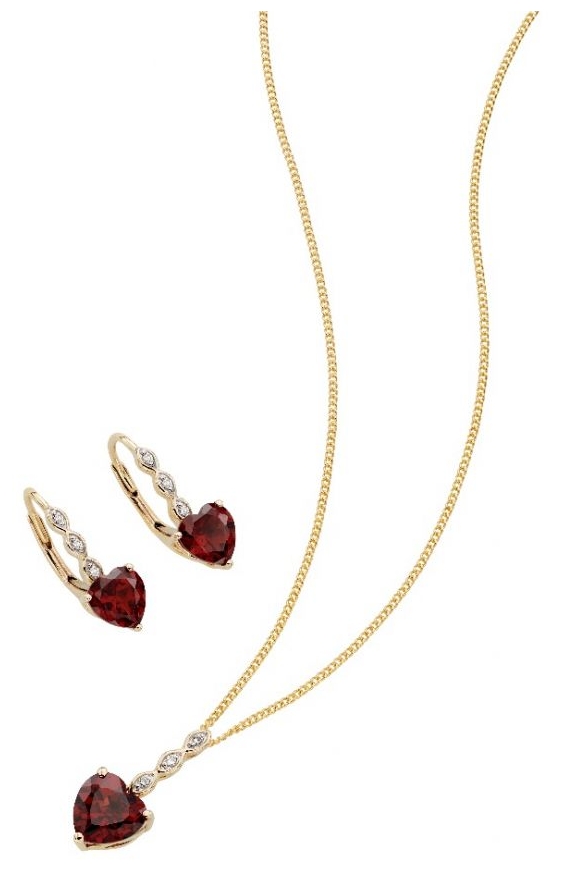 This gorgeous set will make a magnificent present for anyone born in January. The set consists of a necklace and a pair of earrings. Both are made of 9 karat yellow gold. The pendant hanging from the rope chain necklace features an elongated bail which is set with 3 marquise cut diamonds. A heart-cut garnet is set at the end of the pendant. The drop earrings in the set have a similar design to the pendant. They close with a lever fastening and are set with 3 marquise cut diamonds at the front. A heart-cut garnet features at the end.

What do you think of our garnet jewellery for January? Let us know in the comments below.