You are here: Home1 / Blog2 / Uncategorised3 / Topaz Jewellery For November: Birthstone Of The Month

Topaz is a beautiful stone available in a wide range of colours. The stone is popular amongst jewellers due to its hardness and its coloration. As a mineral topaz is colourless and gains its hue through the growth of other trace minerals in its structure. It’s believed it’s name is derived from the word Topazos, which means “to seek”, or from tapaz, meaning “fire”. From antiquity topaz has been sought after not only for its brilliant colours but also for the properties people thought it possessed. Popular with royalty and the elite, topaz was a stone of power and prominence. In the Middle Ages it was believed that topaz can cure mental illness and protect wearers of curses. Modern spiritualists say that topaz has a soothing, calming effect. Heightening creativity and aiding in communication are also amongst the properties prescribed to this gem. Topaz makes the perfect present for those born in November as it symbolizes love and affection. The stone is also perfect for anniversaries as it’s the stone signifying the 4th and 19th year of marriage. 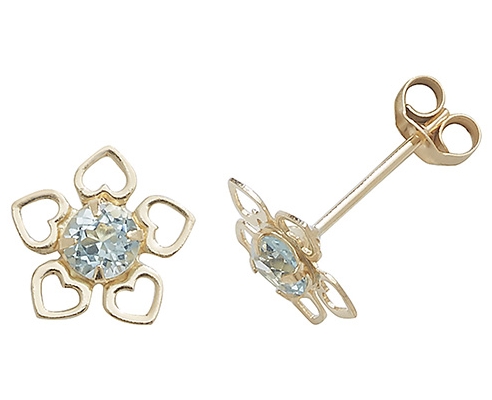 An intricate pair of studs, these blue topaz earrings are the perfect present if you’d like to gift someone something they can wear daily. Their subtle understated design allows for them to be dressed up or down depending on the occasion. The studs are made of 9 karat yellow gold and resemble 5 petaled flowers. Each petal is the shape of a heart. In the centre is set a light blue topaz, adding a touch of sparkle to the design. 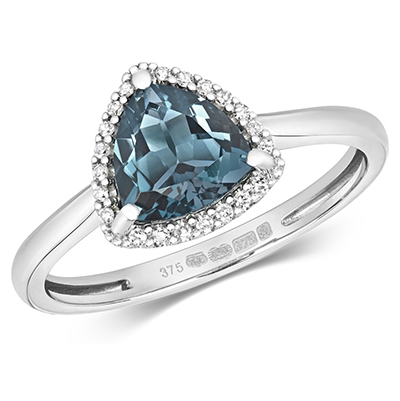 Whether as an anniversary present or as an engagement ring, this blue topaz ring by Treasure House is guaranteed to leave your partner speechless. The band on this exquisite ring is made of 9 karat white gold. The Trillion cut topaz gemstone is surrounded by diamonds. Infinitely classy and timeless, the halo design on this ring is unforgettable.

If you’re after something more modern and avant-garde, this pendant from Elements Gold is perfect for you. A large pearl is set in the middle of the cluster. White and blue topaz, in two different shades, is set in 9 karat white gold on top of the pearl. Discreet yet elegant and refined, this pendant is for those in your life which appreciate the fierce power of subtlety and finesse. 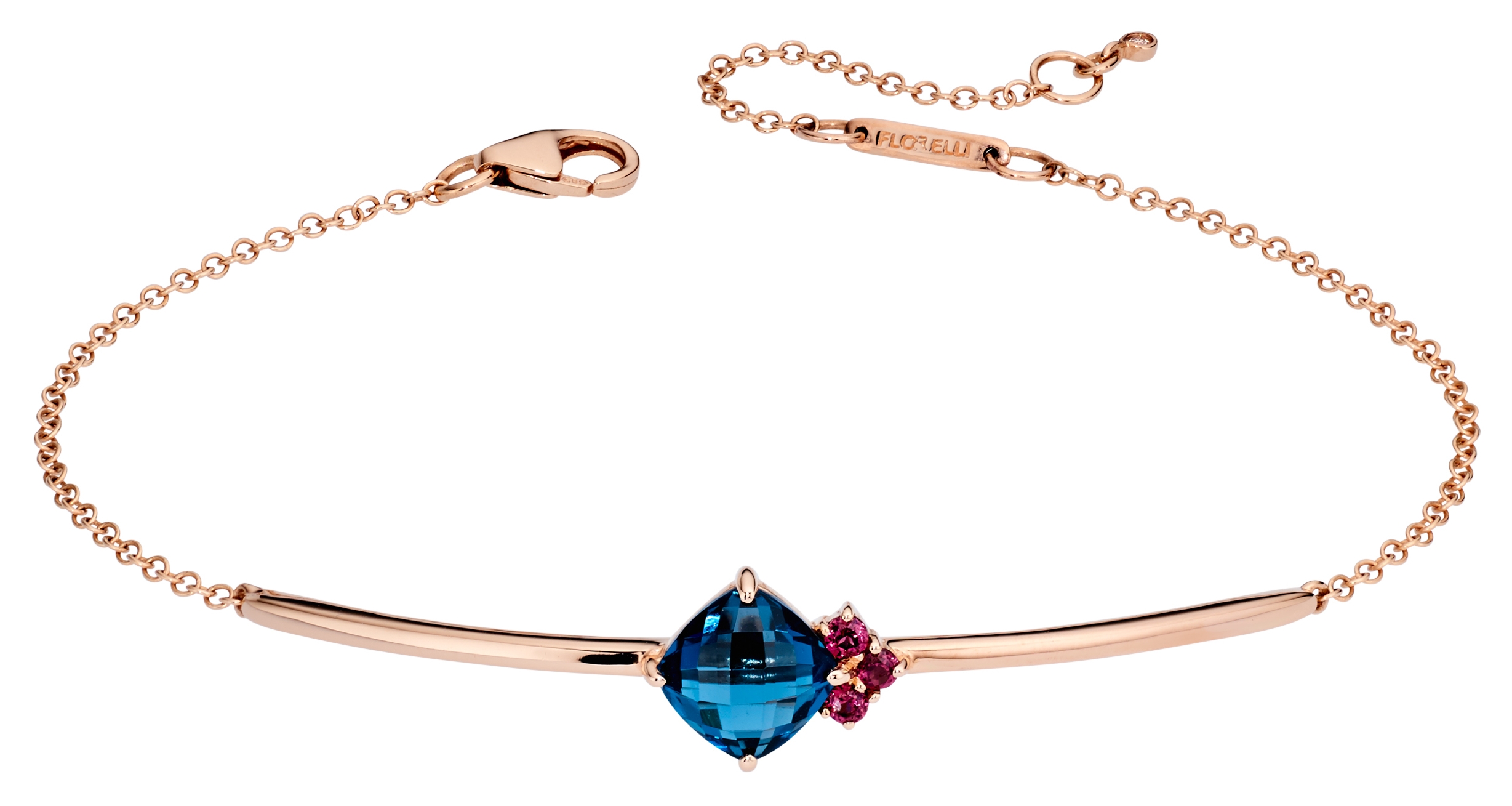 A glamorous piece featuring a deep blue Topaz gem, this bracelet is modern and youthful. The band of the bracelet is made of 9 karat rose gold. In the middle of the band is set a blue topaz. On its right hand side are set 3 smaller rhodolite garnet gems. Stunning in its simplicity, this bracelet is sure to grab everyone’s attention.

This necklace is elegant yet youthful with playful undertones. It is made of 9 karat white gold. The simple butterfly design is set with 4 topaz stones in two different colours. The top two with a marquise cut have a light blue colour, while the bottom tear-shaped one’s come in a deeper richer blue. This simplistic necklace is perfect as an everyday piece or as a subtle centrepiece in a formal outfit.

What do you think of our suggestions for topaz jewellery? Let us know in the comments below.